THE FAT OF THE PRIMITIVE: HOW TO PLAY ON THE INTERNET

At Maxiapuestas you can play L GORDO DE LA PRIMITIVA  today without leaving home. The way to  play the fat of the primitive in Maxiapuestas  is identical to the traditional modality.

The Sorteo del Gordo de la Primitiva is a game of chance regulated by State Lotteries and Bets that was inaugurated in 1993. To play a simple bet online, you only have to select five numbers from 1 to 54 in the first matrix and a number from 0 to 9 in the second array. You can make a multiple bet by selecting 5 numbers from other columns.

Now you can play Gordo de la Primitiva online safely with any device (computer, mobile or tablet). You will only have to create your user account and  select your numbers  on our website. You can buy your tickets without leaving home using your credit card, your Maxiapuestas wallet, bank transfer or virtual cards (uPay). We will send your scanned tickets to your email . We have the certification and guarantee of secure payment, issued by the entity Thawte.

The  reduced fat of the primitive  allow us to play many numbers for less money.

When you play the reduced primitive jackpot, what you do is eliminate part of the possible combinations while maintaining certain prize guarantees in case of 5 hits. In this way, you will have more chances to get a prize, without giving up the highest prize. Thus, with the same money you can make more bets and play with more numbers and your bets will be more interesting.

In Maxiapuestas we have  reduced plays of the fat of the primitive  at your disposal. 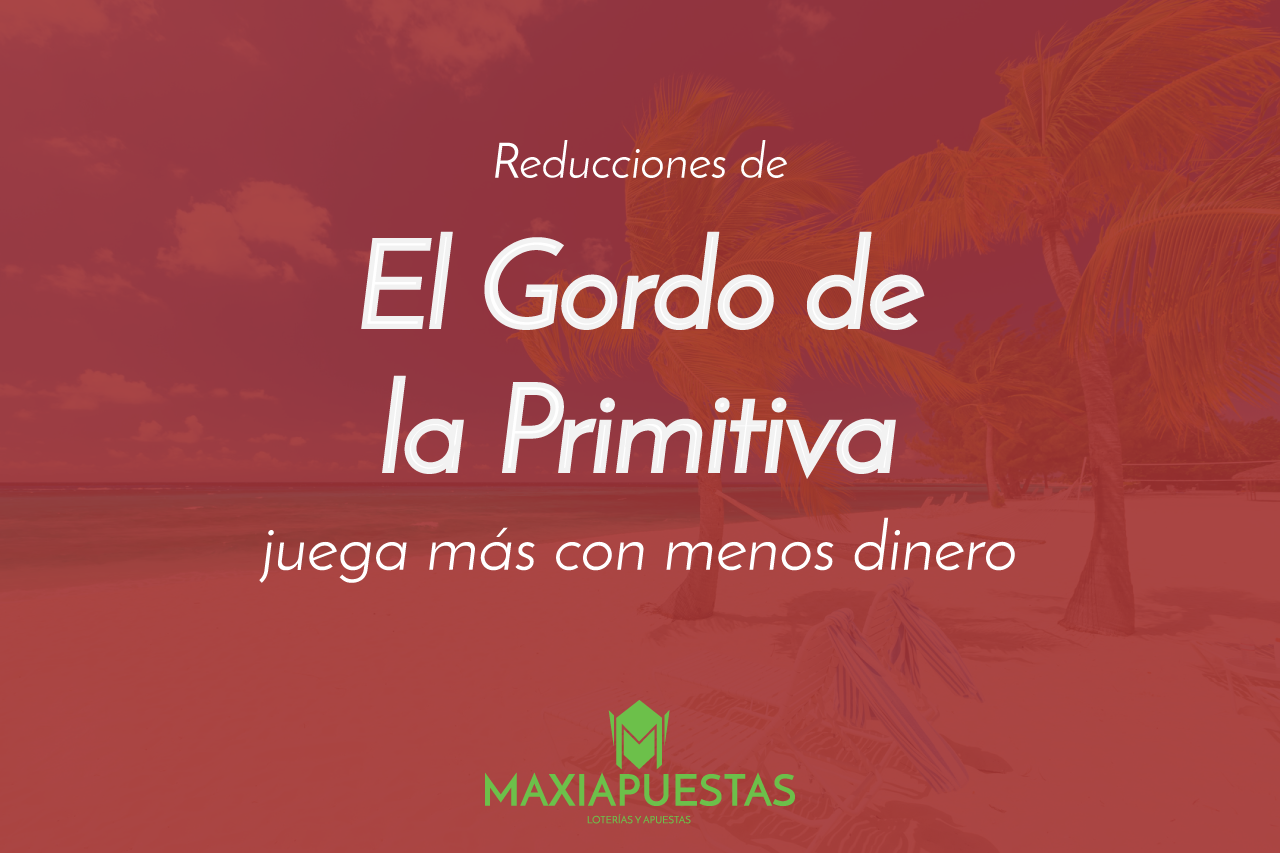 The fat man of the primitive. 13 numbers to 3 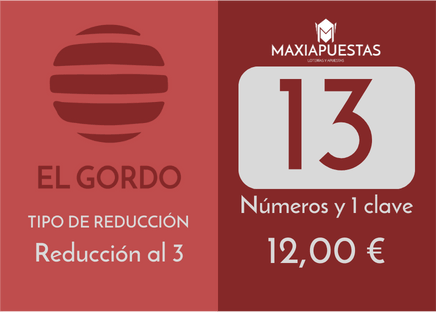 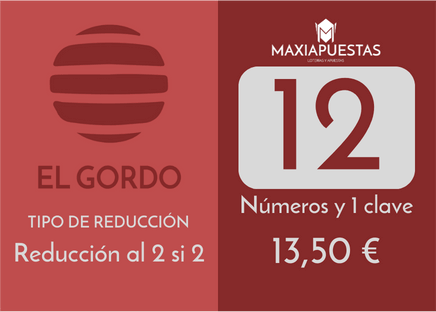 FAT OF THE PRIMITIVE DRAW

El Gordo de la Primitiva is a draw that takes place weekly and is held every Sunday at 9:30 p.m. The minimum bet has a cost of €1.50.

The Sorteo del Gordo de la Primitiva allocates 45% of the proceeds from each draw to prizes. There are eight prize categories and a minimum jackpot of €5 million. The prizes are distributed as follows:

In 1994, a 1st category prize was awarded for the first time in history. The winner took nothing more and nothing less than 1,116 million of the old pesetas. In 2010, the highest jackpot in history was reached, reaching the figure of 36 million euros.